Welcome To The Future Of Fishing! 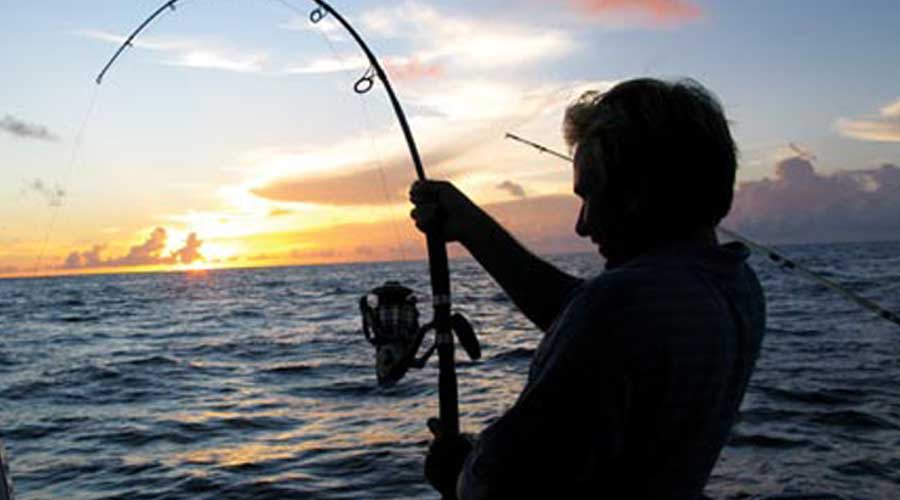 If you have ever been fortunate enough to fish with a Professional Fishing Guide, you probably saw a lot of new techniques that you thought were a good idea to increase your daily catch. A Professional Guide develops most of his “tried and true,” techniques from trial and error or from learning from other professionals.

Anytime we are on the water with a Professional Guide, our goal has been to learn at least one new idea to bring home. It was just such a lesson that led to the development of the Twitching Lure! One technique that made a big impression on us many years ago was watching a Guide take a few bait fish and squeeze them just enough to injure them before tossing them out in the water. While this may sound a bit barbaric, the lesson learned was that when a Guide wanted to create a feeding-frenzy with a targeted game species…they would present wounded bait fish to kick-off a strong and aggressive “bite.”

It was obvious that fish would respond to specific stimuli that targeted their instinctual desire to attack and feed on wounded bait. Natural predatory development had taught larger fish that wounded bait was easier to catch and would not put up as tough a fight. Hence, aggressive game fish had been “programmed” over generations to seek out these more vulnerable or injured food sources. Sound, Sight and Touch…The Secret to Success

So What Does A Wounded Bait Fish Do To Attract The Aggressive Attention Of A Game Fish?

Wounded bait will usually “flutter,” while in the water. In the case of a bait fish this will cause it to shed scales that will create more “flash” in the water. The bait will also vibrate and generate sound. Since sound travels through water at almost 4.5 times as fast as it does through the air… or over 4,800 feet per second, a game fish can easily locate wounded bait, even in water with poor visibility.

All game fish have a lateral line down their side that acts almost like an electrical locator device. This is what allows a fish to “feel” either a bait vibrating near it or a larger predator knifing through the water at them from ambush. When you combine all of these targeting-tools, it is easier to understand why a wounded bait fish in the water is like ringing a dinner bell to a game fish!

The Birth Of The Twitching Lure And The Future Of Fishing!

Several years ago, the inventor of this new lure was fishing on a river in the Northwest during the Mayfly hatch. He noticed that when a large Mayfly landed on the water and vibrated as it attempted to takeoff, it would inevitably be swallowed in a violent strike from a huge Brown Trout. This was his “eureka”moment!

After literally decades of trial and error, hundreds of thousands of dollars and generation after generation of our lures going through “testing and evaluation,” we have finally been able to release an innovative and unique patented lure that is changing the face of fishing.

The Twitching Lure is battery operated. Once its onboard battery is charged, it is water activated. You simply cast it into the water and once wet…it will begin to vibrate, generate sound and flash a built in light. The lure will continue to cycle this series of sound, sight and touch to draw the most violent and aggressive strikes you have ever experienced.

In the coming weeks and months we will continue to release different versions of our new Twitching Lures. Our Fresh and Saltwater Lures will literally change the face of fishing forever. Stay tuned to learn more about our amazing fishing lures and some of the most innovative fishing equipment to ever be released on the market.

Welcome to the Future of fishing….it’s named The Twitching Lure!